“The NeuroLeadership Institute has identified Self Regulation as one of the four facets of effective and efficient leadership. Leaders must be able to effectively regulate their own emotions and actions in order to make sure their businesses operate with intentional forethought instead of impulsive reaction. Life, and especially business, is full of things that stress us out. Whether it is our daily commute, airline travel, workplace conflicts, or disagreements with spouses, serious challenges to our emotional equilibrium are many and varied.

First, we’ll go over how emotions arise in the first place. We will then discuss the five different strategies that we can use to regulate our emotions. And, finally, what all this means in regards to your leadership skills and how you interact others in your daily life…”

I know it’s been a while since I’ve posted anything, I’ve been on one hell of a journey in the last two years. Shortly after my last post, I picked up a third part-time job to help make ends meet. I was working well over 40 hours a week and did not have the time and energy to keep you guys updated on my journey.

That said, I’ve had a wild ride! Post-2015, I wanted to put my health and happiness first by cleansing and purifying my life. I wanted to reduce my life down to the essentials in an effort to cultivate mindfulness, self-reliance, and self-sufficiency.

But you know how all well-formulated plans work out in the end… I thought the answer was to throw myself into anything and everything that came along. I thought the answer was to follow my immediate desires, I told myself that I would do what I want when I want how I want. As a result, I had six part-time jobs at one point in 2016 (only three of which were actually paying me anything substantial). On the plus side, I ended up losing a lot of weight but that was only because my income varied between $500-$1300 per month and I just couldn’t afford to feed myself. Whoops.

This clearly was not working out. I had to come up with a new plan, so I officially closed down my store at the end of 2016 and started to look for full-time positions. Luckily, I was able to negotiate a promotion with one of the companies that I was already working for and became their Business Development Director at the start of 2017.

This was it, I thought. This was The Job that I had been waiting for. They knew me, they liked me, they believed in my abilities, and, above all, I was finally going to get a proper living wage! They were excited for me to get to work and get their business organized, systematized, and self-sufficient. I dove into everything related to business management, I read books like: 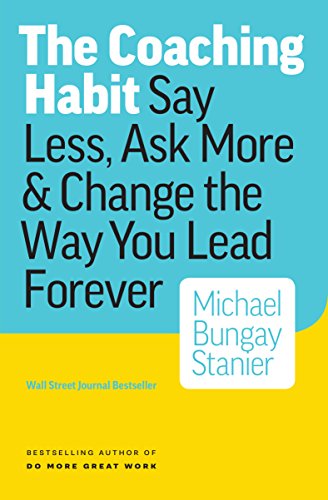 An excellent book for managers of all types, Stanier gives concrete steps on how to connect with your staff members in a way that focuses their efforts, saves time, and develops their potential. Highly recommend. 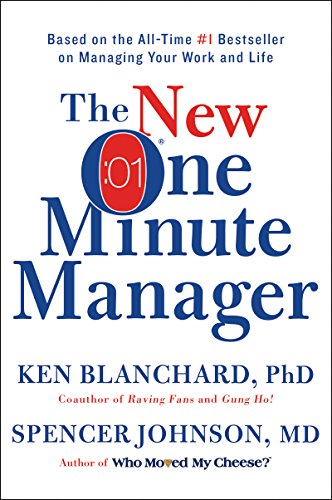 After studying business management for a while, I started to notice this trend of connecting with staff members in a way that was not really taught in business school. These connections were forged using honesty and integrity in a direct and compassionate way. Successful business leaders were coming out and saying that, yes, interpersonal skills actually matter. Pushing ahead through sheer force of will and ambition was no longer seen as effective, and, in fact, could be downright destructive to a business’s success.

This idea (and the issues that I was seeing in my own job when it came to people management) pushed me to start looking a little deeper. It seemed like, at the end of the day, an organization could only grow so far as its staff members’ willingness to self-improve. Basic business skills could be taught, but there would be no growth beyond the fundamentals unless the staff members were willing to see room for further improvement within themselves. If you’re trying to get new results, you have to try new things.

I have to admit, I was absolutely enraptured by this concept. Since I was on my own Transformative Journey, I immediately saw the potential benefits in this type of approach. But, first, I had to convince everyone else of its merits, so I picked up books like: 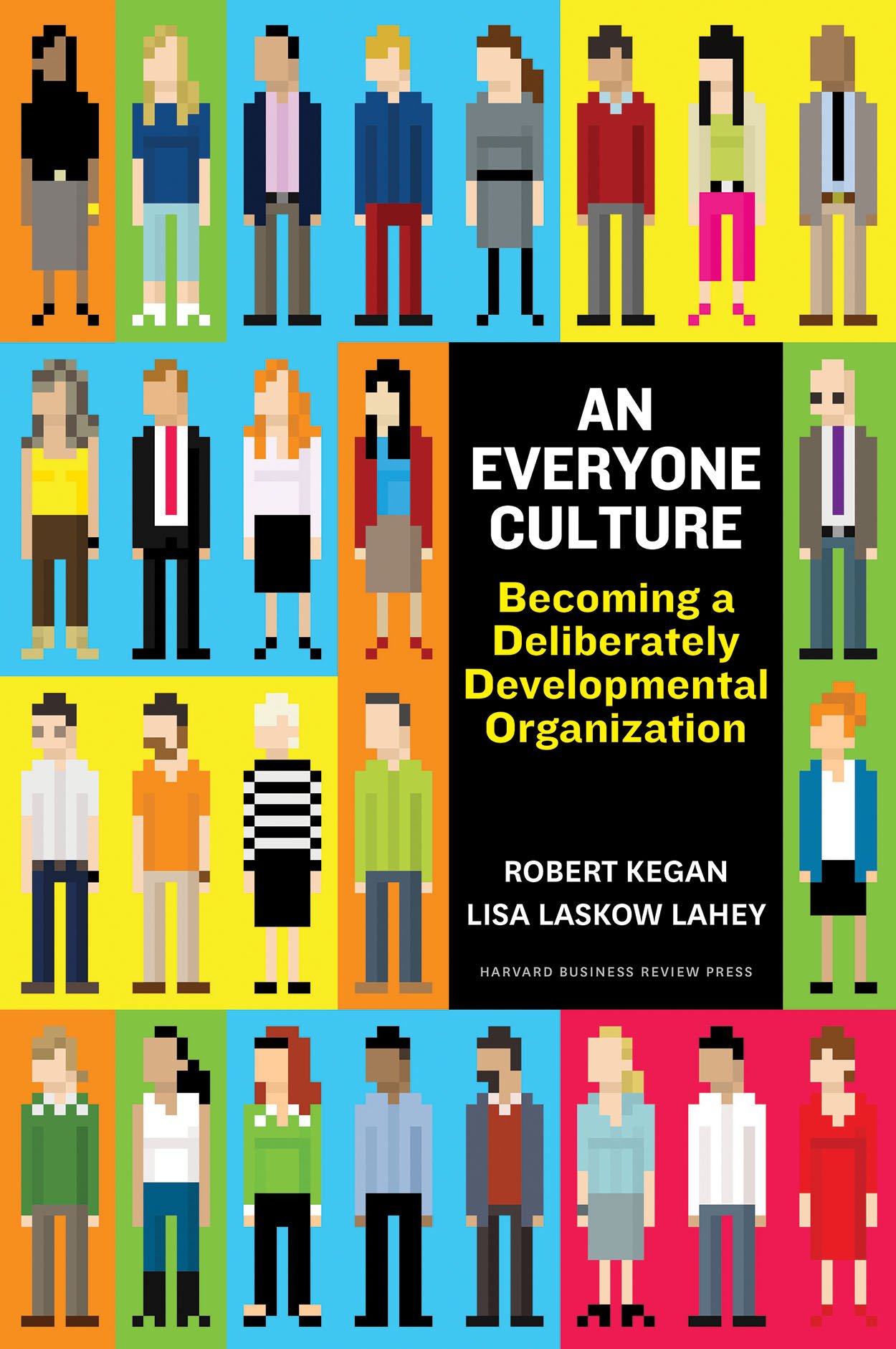 An Everyone Culture by Robert Kegan and Lisa Laskow Lahey

A great examination of how to build successful businesses by investing in your employees. The whole concept of “An Everyone Culture” revolves around how to make growth mindsets not only encouraged at work, but a required part of day-to-day routines. How can leadership embolden and drive employees to constantly and consistently self-improve and push their personal boundaries? Highly recommend. 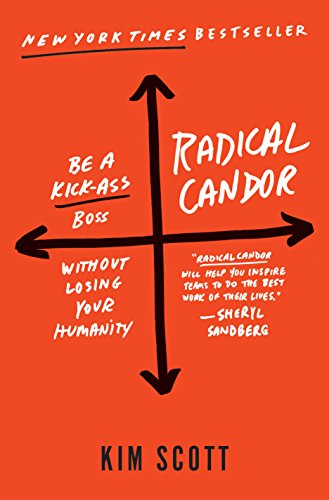 Scott is a genius. She somehow manages to boil down the idea of driving employees to embrace growth mindsets to the simplest formula: care personally but challenge directly. She provides salient examples of what goes wrong with Ruinous Empathy, Manipulative Insincerity, and Obnoxious Aggression in the workplace while simultaneously displaying the merits of using Radical Candor instead. Highly recommend.

I spent a lot of time trying to translate these concepts to the people I was working with, but had limited success. Then, out of the blue, the universe blessed me with a little nugget of gold via my step-sister’s Instagram. She posted a picture of an article that she was reading as part of a work conference. I don’t remember which article it was in particular, but it was published by this organization called the NeuroLeadership Institute.

The NeuroLeadership Institute? You mean, they combined leadership theory with neuroscience? Like, they can actually see how the brain functions in leadership scenarios? I just HAD to look into this, so I googled it up and found a sole Handbook of NeuroLeadership available on eBay. Sold!

I was instantly hooked and, a couple weeks later, I found myself reading the 600 page tomb of research articles for fun! (I mean, really, who does that?) But I found article after article absolutely fascinating, from how insight happens and the neural substrates of decision making to the neuroscience of mindfulness and applying empathy and mirror neuron concepts to neuroleadership.

“Most of us make at least three important decisions in our lives: where to live, what to do, and with whom to do it…”

The second book in the Transformative Journey series for September is Daniel Gilbert’s Stumbling on Happiness.

This book was also mentioned in the TED Talk series  “Talks to watch when you don’t know what to do with your life”. It’s an easy-to-read overview of all the little quirks and psychological tricks that your mind plays on you when interpreting reality around you.

THE SURRENDER EXPERIMENT: MY JOURNEY INTO LIFE’S PERFECTION (Michael A. Singer, 2015)

Michael A. Singer’s book, The Surrender Experiment: My Journey into Life’s Perfection, blew my mind wide open when I first read it. Having been recommended to me by a similarly wonderful TED Talk in the series TED Talks to Watch When You Don’t Know What to Do with Your Life, I had high hopes. In this memoir of sorts, Michael talks us through his journey to self-realization (an admirable endeavor, although still an ongoing, evolving, and challenging process for most of us).

To break decades of self-discovery and learning down into a digestible format, he divides the book into nine sections: I: Waking Up, II: The Great Experiment Begins, III: From Solitude to Service, IV: The Business of Surrender, V: Something Priceless Is Born, VI: The Forces of Natural Growth, VII: When Dark Clouds Become Rainbows, VIII: Embracing Explosive Expansion, and IX: Total Surrender. As you might guess from such titles, the road to self-realization was not paved or immediately obvious to Michael along the way.

In the first section, he introduces us to why and how exactly he decided to start this course of moving beyond “mental chatter” and surrendering to “life’s perfection”:

“I was gradually learning that life was not as fragile as that voice in my head would have me believe” (pg. 28).

He began this journey “not with a shout – but with a whisper” (pg. 7). One evening, he was sitting with his wife’s brother, Ronnie. They had been chatting when Michael noticed that there was a lull in conversation. He immediately started to worry about what to say next, trying to think up topics for conversation, when he stopped himself and actually observed himself being uncomfortable:

“For the first time in my life, my mind and emotions were something I was watching instead of being” (pg. 8).

This simple realization soon blossomed into a constant and vivid awareness of the voice inside his head – what it was saying, how it was feeling, and how it affected every decision and every moment of his life. He started exploring meditation and yoga as methods of quieting the voice inside and, slowly but surely, he was learning how to disconnect “the panic button” (pg. 30) – he was learning how to be completely at peace with any outcome.

In section two, he thus begins the “experiment of a lifetime” (pg. 53). An experiment in which he was attempting to free himself from “all the mental chatter”:

“I clearly remember deciding that from now on if life was unfolding in a certain way, and the only reason I was resisting it was because of a personal preference, I would let go of my preference and let life be in charge…

The rules of the experiment were very simple: If life brought events in front of me, I would treat them as if they came to take me beyond myself” (pg. 54).

Throughout this process of surrendering, he ends up (through no intention of his own) completing his doctorate, founding a construction company, building a world-renown meditation center, creating “the first Buddhist group in the history of a North Florida prison” (pg. 79), and developing a billion-dollar public software company – all by refusing to let his personal preferences of like and dislike determine the course of his life.

“Time and time again” he saw that if he “could handle the winds of the current storm, they would end up blowing in some great gift”:

“I was beginning to view these storms as a harbinger to transformation. Perhaps change only takes place when there is sufficient reason to overcome the inertia of everyday life. Challenging situations create the force needed to bring about change. The problem is that we generally use all the stirred-up energy intended to bring about change, to resist change. I was learning to sit quietly in the midst of the howling winds and wait to see what constructive action was being asked of me” (pg. 160).

This journey of Michael’s is utterly inspiring, thought-provoking, and existentially challenging from start to finish (if anyone ever really “finishes” this type of journey). The reader experiences a rollercoaster of emotions as they follow him on this path – between sadness and elation to stress and absolute peace. As a result, this book is a great read for everyone in a wide variety of life stages.

Whether you’re having a quarter-, mid-, or finale-crisis – or whether you’re just searching for a fascinating, influential read – I think you’ll enjoy Michael’s odyssey as much as I have.

“In a bold attempt to free myself from all that [mental chatter], I decided to stop listening to all the chatter about my personal preferences…”

“If the natural unfolding of the process of life can create and take care of the entire universe, is it reasonable for us to assume that nothing good will happen unless we force it to?” 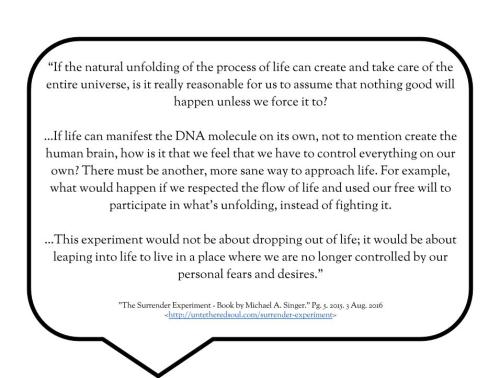